Today I share a project of my own doing.

…shall I say, my own design?

It feels weird to say, “I DESIGNED THIS” when the design uses only the most basic knit stitch (the, ahem, knit stitch).  It feels like when I was a teenager and in Algebra 2 class, and decided that I could name a basic math theory in a textbook after myself since it wasn’t already named after anybody.*

But since I selected the yarn, the stitch, and the needles, I guess it’s a design, no matter how simple it is.  Here is the Candy Cowl! 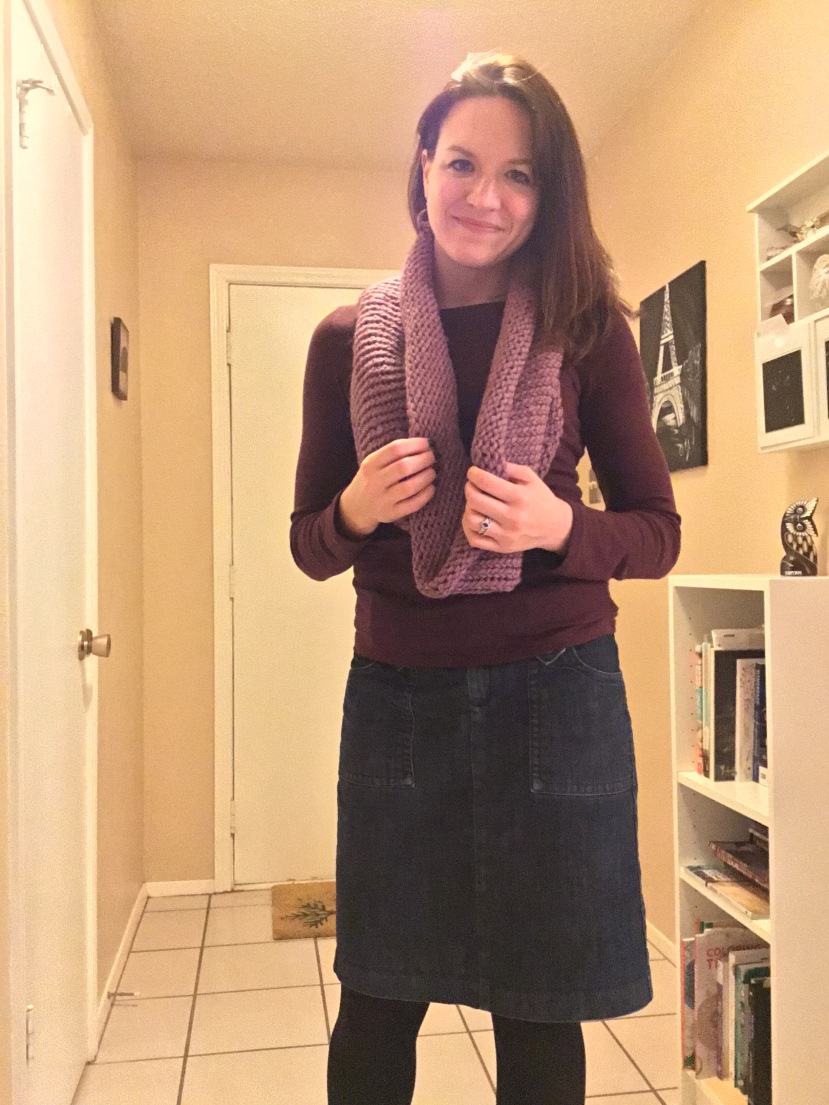 I used Adriafil Candy yarn, which is a yarn I bought in Italy.  We were visiting family there in 2017, and I was just telling my mother that I wanted to find a yarn shop.  Then I looked across the street, and there it was. An Italian yarn shop. COSMIC.

So I did what I usually do, which is buy yarn and stash it in a drawer for two years.

But now that we’re moving this year, I’m feeling really inspired to use as much of my own materials without having to destash (cue Psycho theme), which would make me sad.  Also, I need to stop buying yarn.

This is a super chunky yarn, so if you don’t have the yarn shop in Italy to pick this up from, I imagine that any super chunky/bulky yarn will do.  This yarn is 45% wool, 40% acrylic, and 15% alpaca.  This particular shade is 070, pink.

I used a 12 mm circular knitting needle (US 17), 32 inches long (80 centimeters).  I don’t think gauge is super important for this project if you’re a beginner and/or just wanting to use whatever super bulky yarn you have in your stash, but my finished project had 8 stitches vertical/13 stitches horizontal per 4 inches (10 cm) after blocking.

I cast on 100 stitches, and then knit in the round for ever and ever until I used up nearly 2 balls of the yarn, which is approximately 110 yards (mt 100).  My finished project was roughly 13 inches (33 centimeters) long after blocking. 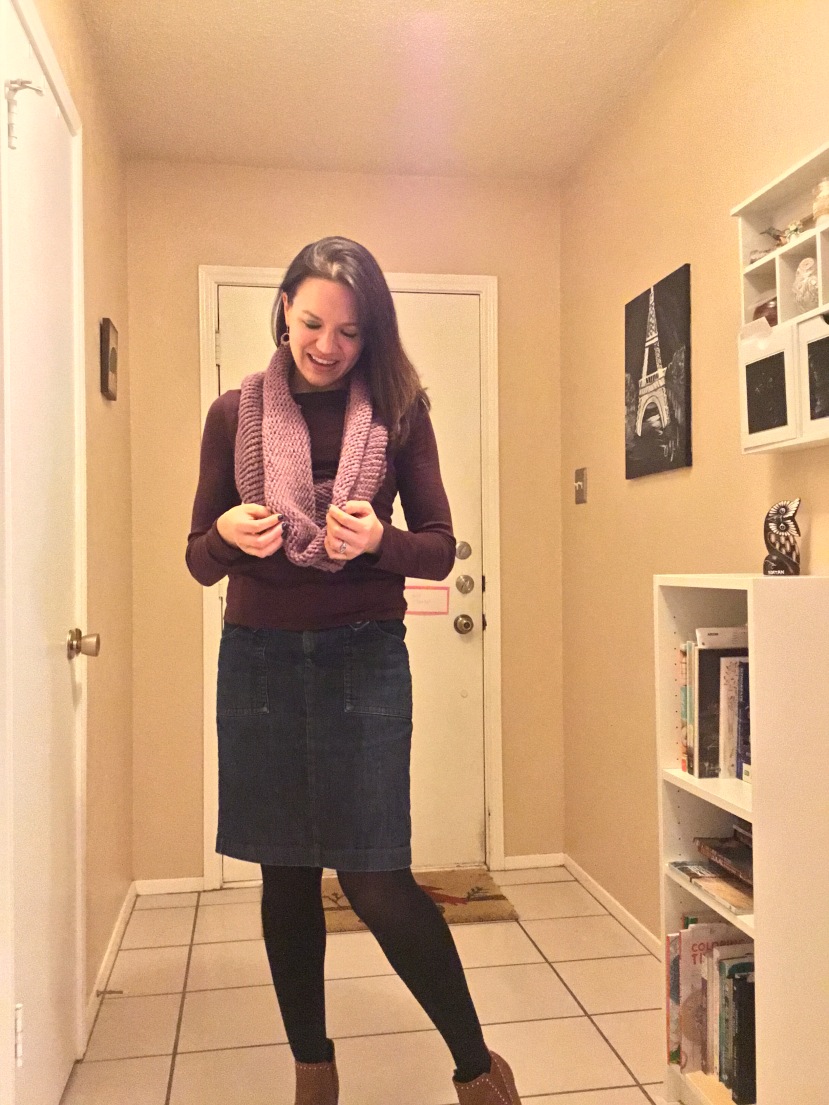 OR you can bunch it up, which I think looks better.

I even pulled my hair up for these next couple of pictures, so you know it’s serious. 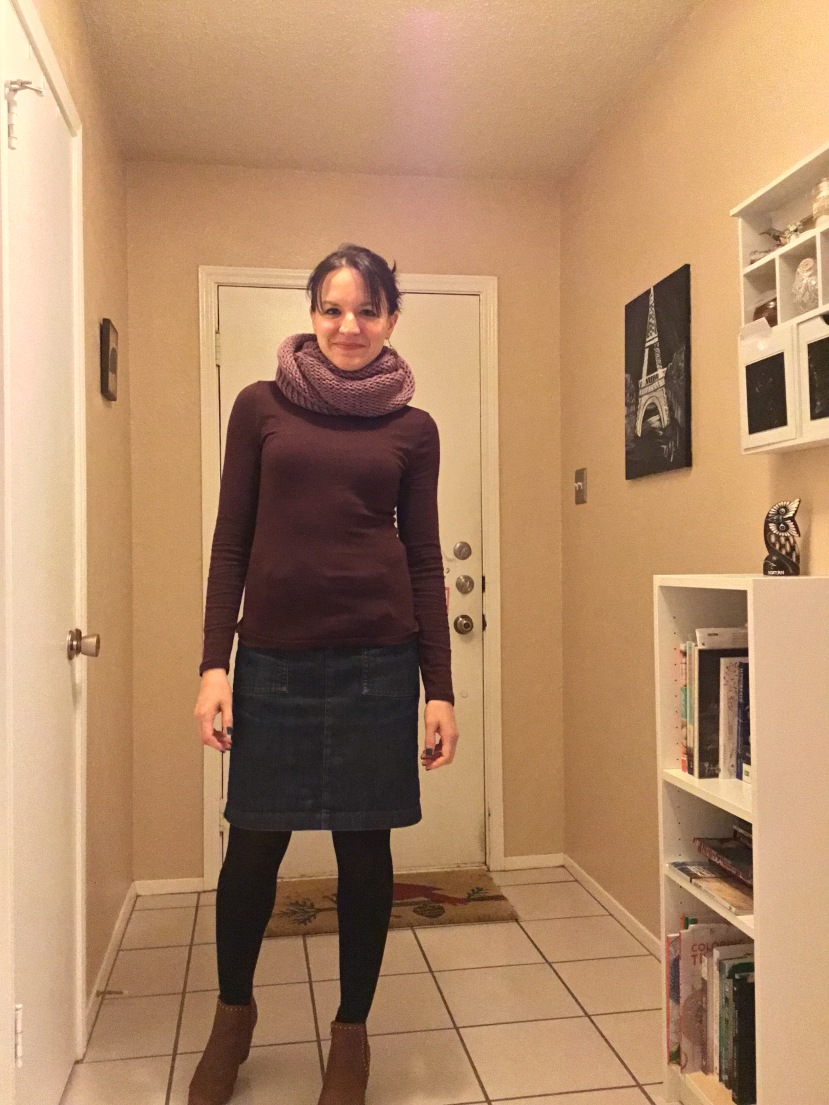 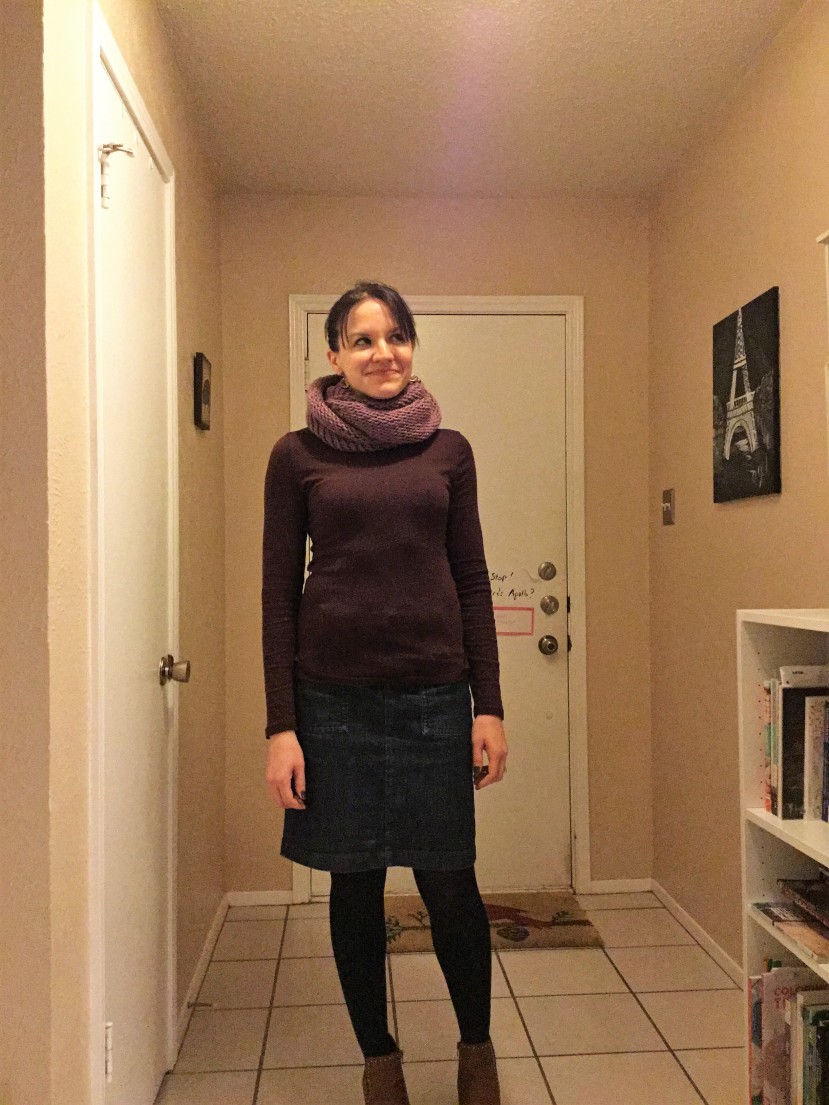 If you’re wondering why there’s “STOP, where’s Apollo?” signs on all my doors, it’s because my dog is a jerk and will run off at whatever opportunity he is given. HE DOESN’T KNOW HOW GOOD HE HAS IT HERE.

By the last picture, I was acutely aware that I had taken probably 30 photos in this session and was starting to feel self-conscious about the Instagram posing, since my husband was 30 feet away and probably wondering what on earth I was doing.

Anyway, this is a super simple project that any beginner, such as myself, should be able to do 🙂

*I am sadly not making this up.  This is actually a thing in my past and I have to live with it forever now.

Tagged as: crafting, Handmade, Is it to pretentious to be like I BOUGHT THIS YARN IN ITALY, Knitting, knitting patterns