What I’ve Been Up To

In the wise words of Staind, it’s been awhile.

I’ve been keeping busy with work. I was at my site last week. And if you’re wondering if it rained, the answer is always, “BUT OF COURSE.”  There was torrential rain the weekend before we went into the field.  It was also cold and windy.

And look what I saw: 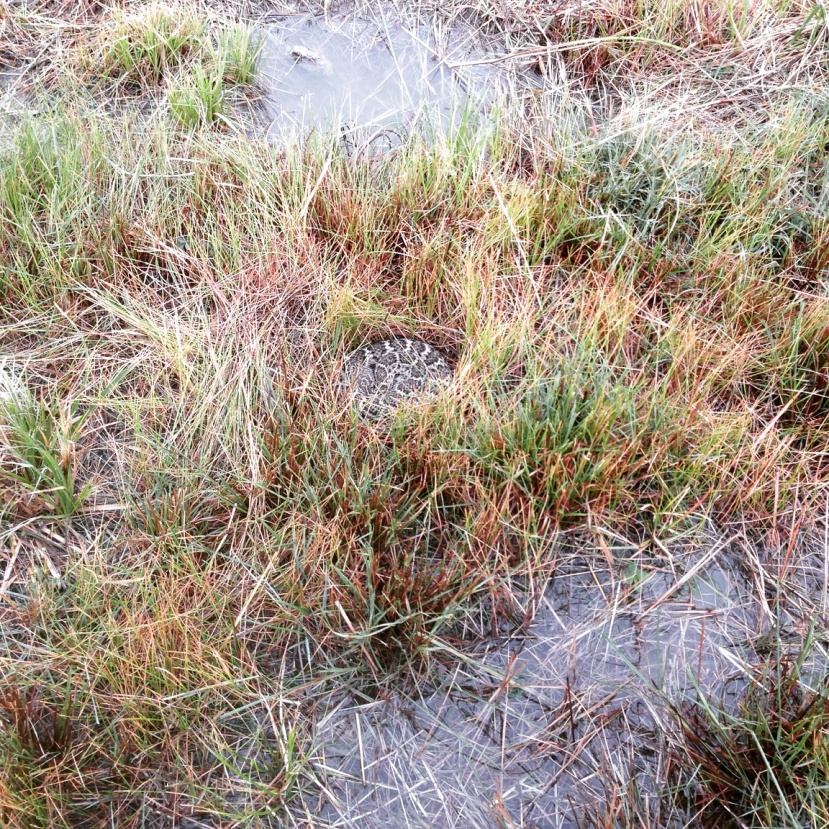 I’m not a snake expert but various sources (project manager, Boyfriend) are telling me this is a rattlesnake.  This will sound weird, but I’m actually kind of excited by that?  Because I feel like everyone who has worked at this site has seen a snake except for me, and I was starting to feel left out, you know?

He stayed coiled up for the duration of our work, but then on Friday, he had inexplicably vanished.  Which didn’t make us feel weirded out or nervous or anything.

Then I was studying for an exam. I haven’t taken one in almost ten years.  Luckily I passed, yay!  So now I am Jenny, STS (Safety Trained Supervisor).  And THEN I had to prepare to teach a 4 hour class held the day after my exam. I really wanted to just pass coloring books out to everyone but unfortunately I couldn’t get away with that.  And it was a HAZWOPER (Hazardous Waste Operations and Emergency Response) refresher, so what would we color?  Contaminated soil? (The class ended up being 3 hours and fifteen minutes including the lunch break, shhhhhh.)  Things aren’t slowing down at work before the new year – I only have four reports due next week, NBD.  But no complaints from me. I feel the most engaged with my work when it keeps me busy.

This has absolutely nothing to do with my blog post except that Boyfriend’s alarm has been going off for the past ten minutes and he can sleep through THE NUCLEAR WINTER and I’ve been too lazy/busy writing this post to turn it off, and now finally he has turned it off, THANK YOU CHRISTMAS ELVES.

And now pictures of my creative projects:

I am working on this cute project from an older issue of CrossStitcher.  It should be done by Christmas.  At least I can keep it up until New Year’s.

I’m working on a project from Knit-Wise.  It’s my first knitted hat.  It’s also my first time knitting in the round and working with the ribbed stitch.

“…and I can tell.”  That is what you are all thinking.  It’s okay. My feelings aren’t hurt or anything.

Maybe blocking will make the stitches appear straighter? Or am I expecting miracles?

And finally, our tree, which we only put up on Tuesday –

I made that snowflake ornament using a kit I’d purchased at Joann.

I think that’s it for now! I hope your holiday season is going well so far and you’ve consumed a reasonable amount of eggnog.