Happy Saturday, friends!  Today I want to show you a Little Box of Crochet project that I recently finished (and by recently, I mean an hour ago). 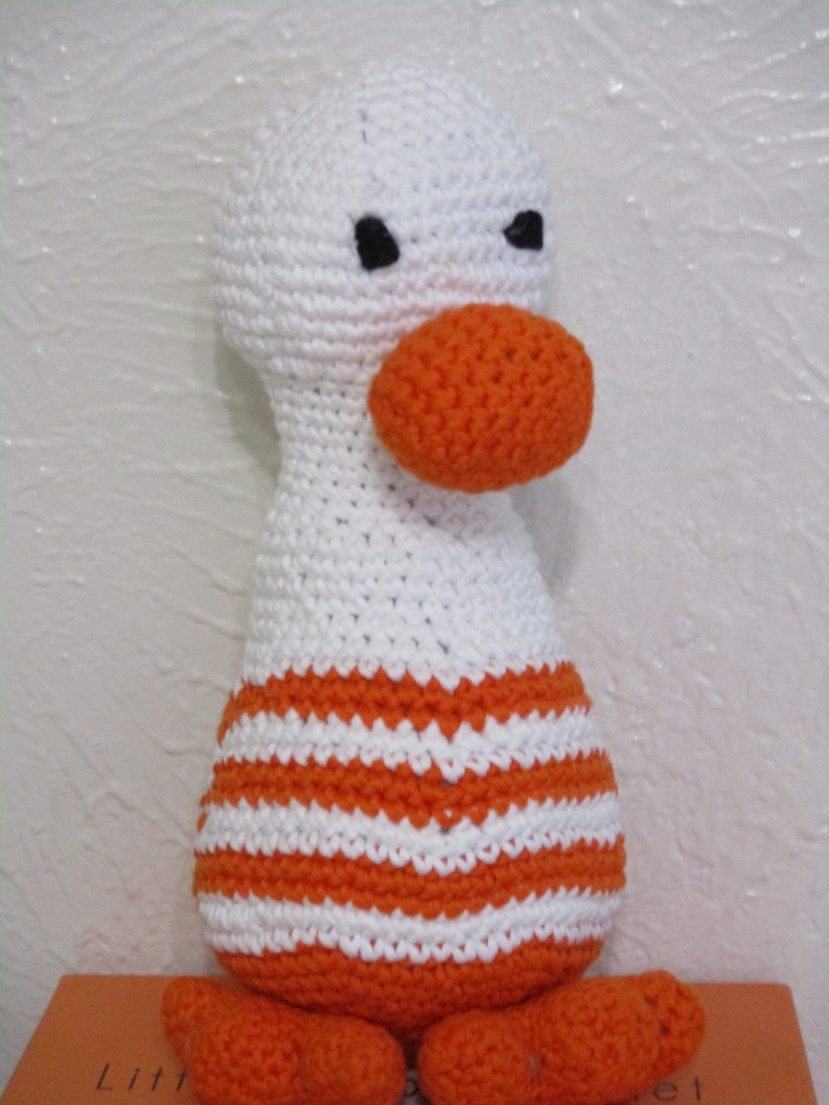 This little duck looks really world weary, doesn’t he? He’s BEEN THROUGH A LOT, OK?

Let’s peek inside this box, which was released this past July to all subscribers.  (So I’m only two months behind, cool). Let’s open it up… 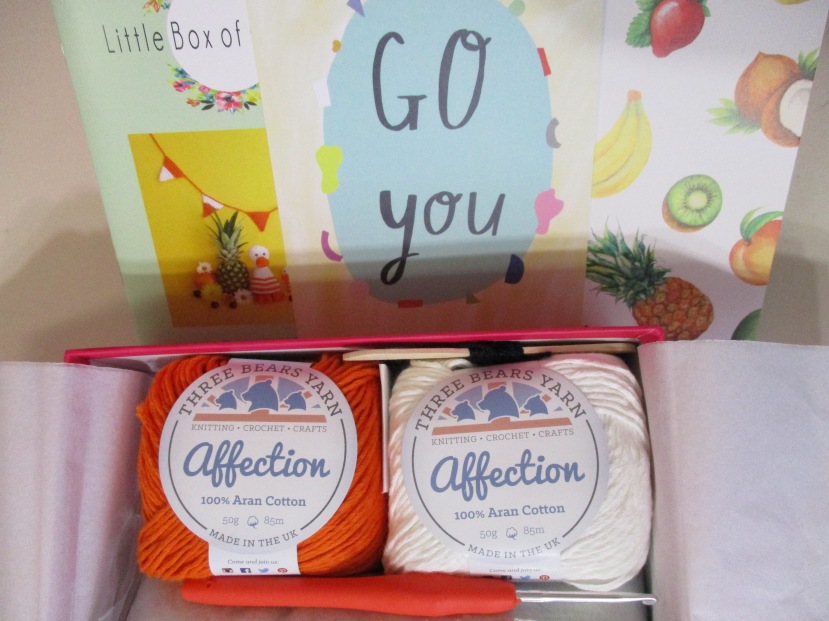 With this project, you get an encouraging postcard from Nicola Rowlands, a pen and notebook, your hook and project yarn, and a stitch marker from Koro Clay Studio.  You also get a little bit of stuffing for your duck, but if you don’t have any on hand, I’d suggest you purchase some.  The stuffing included in the box is just enough to get you started, but won’t be enough to fill the entire duck (which makes sense – there’s no way to fit all that stuffing in one box!)

The yarn is soft and easy to work with. 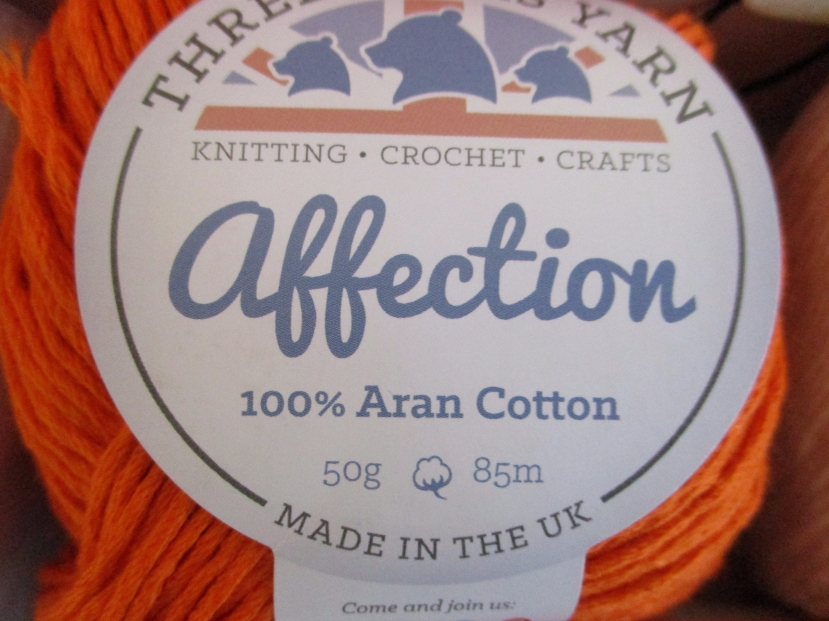 I moved along with the project pretty quickly at first.  This was my first large-scale amigurumi project but the pattern was easy to follow. I was moving along swimmingly until I got to the part where I had to make his little feet.  I thought, “This looks challenging” and put the project away for about a month.

Finally I felt guilty and started assembling the feet.  It wasn’t as bad as I’d thought, but I think a couple of photos to guide me through the process would have made me feel a little better about making them! I finally finished the feet last night.  I definitely miscounted on one of them, and they look a little wonky overall (don’t tell Ducky.  He’s a little touchy about his feet, ok?)

This morning I sewed on his little feet, beak, and created his eyes. This sweet little guy is all complete!  There are also some bonus projects if you’d like to use up your extra yarn, like a garland or finger puppet.

For anyone wanting to wade into the world of amigurumi, this is a great box to get started with!